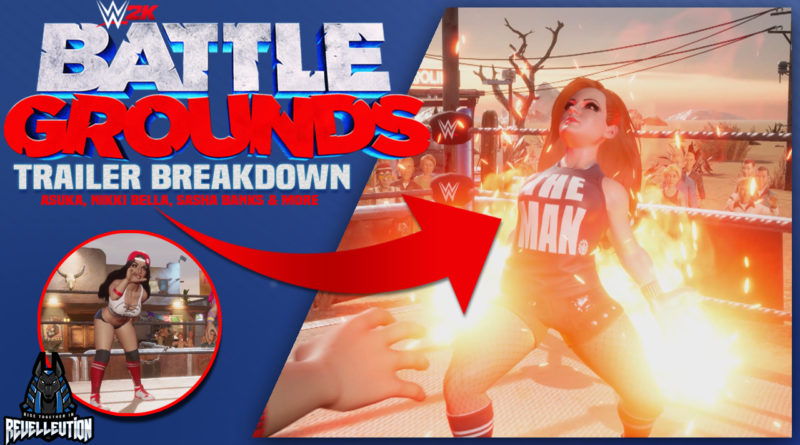 Well I don’t about you but WWE Battlegrounds certainly looks whacky and fun to say the least. Right off the bat I’m going to say sure the models look nothing at all like we’re used to and at times they look pretty weird, but this isn’t the WWE 2K series and we have to attempt to look at it with fresh new eyes or at least approach it in the way you would WWE Allstars. I know Battlegrounds may not be to everyone’s taste but I have to say I’m really intrigued by the style and I hope it plays as fun and over the top as this trailer looks.

Opening the trailer with Daniel Bryan’s theme blasting as he flies through the sky in an army chopper was a genius way to start the trailer and sets the tone for what WWE Battlegrounds is all about. From the moment Bryan leapt from the sky to take out John Cena, I was completely on board, these are the arcade style mechanics I’ve wanted to experience alongside the simulation style wrestling we have all come to love. As part of the introduction we get a quick glimpse of what looks to be a military base complete with its very own Tank which just has to be an OMG moment If were playing with helicopters and  alligators. It’s also great to see the crowd taking these social distancing rules seriously and keeping  their distance from one another to enjoy the show.

From that moment on the trailer just gets wackier and wackier with some quick looks at some of the male superstars such as Stone Cold Steve Austin and Roman Reigns as well as some of the over the top taunts and fighting style animations. We also have the official confirmations of Asuka, Sasha Banks and Nikki Bella alongside the already revealed Becky Lynch who was revealed back in April alongside Charlotte Flair.At first I was slightly concerned to see Sasha sporting a rather out of date attire and hairstyle only to be surprised seconds later to see Sasha sporting a more up to date look along with a guitar. If that wasn’t random enough for you in hops a literal goat knocking out both Sasha and Nikki Bella much to my unexpected amusement. Ignoring the Lucha masked goat for a second it looks as though the female superstars are competing in a Mexican style arena complete with a Taco restaurant and bar.

Moving away from Mexico we get some more blink and you’ll miss it action with The Undertaker performing a tombstone on Braun Strowman before Roman Reigns decks Stone Cold with what looks to be a motorbike. We then get another look at the swamp arena previously revealed and what looks to be the confirmation of tag team matches as The Undertaker, Braun Strowman, Shawn Michaels and Sgt Slaughter face off in the ring. We also get a very quick glimpse at the Scotland arena which was briefly shown off last week before the Undertaker demolishes yet another opponent in the shape of Andre the giant. Speaking of new models we also get a very quick look at both the models for Kofi Kingston and The fiend which I actually think look pretty damn cool before Kofi wraps a steel chair around the head of the fiend.

If the Undertaker didn’t look bad ass enough already in the trailer, out pops out a super fiery chokeslam from Taker, as he literally pummels poor Braun Strowman to the mat before Shawn Michaels delivers a Super Superkick to Sgt Slaughter. Now I’m not saying he’s a god but Undertaker already has what seems to be an unlimited supply of superpowers at his disposal here, so what better way to make him seem even cooler than giving him the power of Thor’s lightning! The cool spot also looks to confirm the addition of cage matches, which to be fair seems pretty tame given everything else we’ve seen so far, enter the amazing alligator OMG scene.

As things return to semi normal we get some more shots of the male superstars in action as Andre the Giant and Kofi Kingston make their way to the ring before Shawn Michaels and Kofi Kingston take to the skies for some aerial action with the fiend delivering some serious knees to the face.

As the trailer begins to come to a close we see the Nikki, Asuka, Becky and Sasha once again coming to blows with Becky delivering one hell of a headbutt to Asuka before getting our very first look at what looks to be Battlegrounds take on a WrestleMania 36 arena. The closing moments of the trailer shows of some of the brand new super power abilities as Roman Reigns and the Fiend go toe to toe with The Undertaker and Stone Cold Steve Austin along with some crazy lightning and fire abilities.

We then get our very first official look at the cover art for WWE Battlegrounds which looks frickin awesome and also confirms the addition of Rowdy Ronda Rousey as well as WWE Hall of Famer Yokozuna. Speaking of Hall of Famers we also get our very first look at the pre order bonus for WWE Battlegrounds which is revealed to be none other than the rated R superstar Edge.

I honestly have to say, while this may not be my preferred WWE game of the year, I’m really coming round to the idea and it actually looks like a whole load of fun. Will the game entertain everyone? I don’t think so but I honestly believe there will be a brand new fanbase that steps forward just like we have those who enjoy WWE Supercard but maybe not the WWE 2K series. At the end of the day it’s clear that this game isn’t meant to be taken too seriously and if goats, alligators and super human abilities don’t convince you of that I’m not sure what will. I think, like several others I’ve come to terms with the fact there won’t be a WWE 2K game this year, so honestly at this point I’ll take what I can get and if the game is fun in the long run even better, if not I’m sure it will be a learning curve for WWE and 2K. The WWE 2K series is all some of us have known for the last few years and I’m pretty taken a back about how much fun I had covering Battlegrounds so I really hope that translates to when I get my hands on the game.

If WWE Battlegrounds is something that floats your boat stay tuned because later today we have another video with some information that you didn’t see in the trailer that you won’t want to miss. 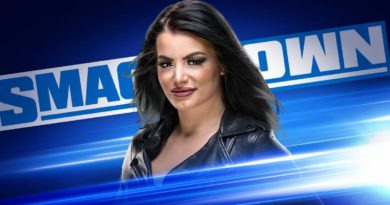 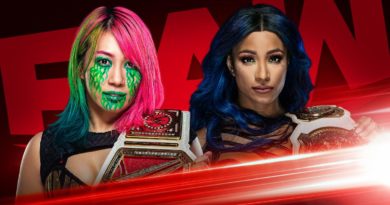 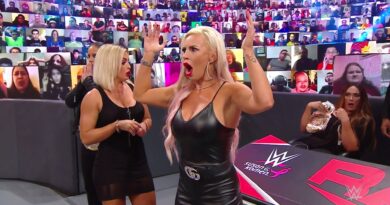