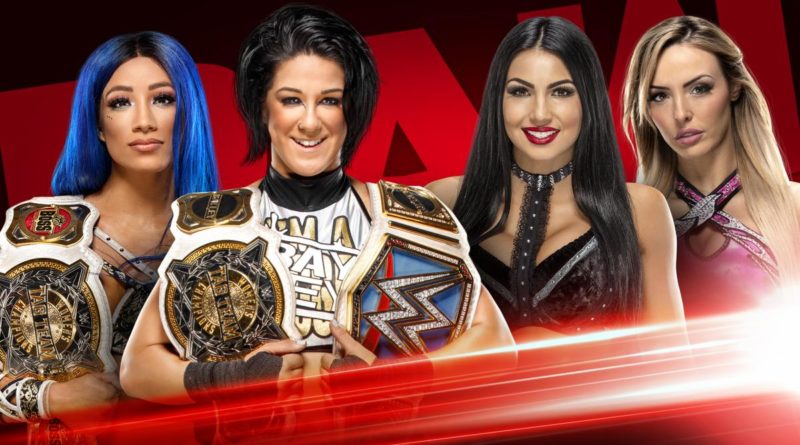 The Raw Women’s Championship will be on the line this Monday when Asuka defends her title against Charlotte Flair during a Championship Monday edition of Raw.

The bout comes in the aftermath of The Queen’s fiery tirade on Raw Talk this past Monday, when she lashed out at anyone daring to call her entitled. She also noted that she has yet to receive a title opportunity, even after pinning Asuka twice in recent weeks.

Asuka, of course, is coming off a victory, albeit a controversial one, over Nia Jax this past Monday. Will she be able to fight off The Queen? Find out on the Championship Monday edition of Raw, this Monday at 8/7 C on USA!

After successfully defending their titles on NXT, WWE Women’s Tag Team Champions Sasha Banks & Bayley will have a quick turnaround for their next defense, as they put the titles on the line against The IIconics this Monday on Raw.

Billie Kay & Peyton Royce called out the champions last Monday, then confronted The Boss & Bayley as they attempted to celebrate the SmackDown Women’s Champion’s birthday. The champions were not planning to answer the challenge, but their tune changed when Royce slapped Banks in the face, causing Bayley to accept.

Will the champions succeed in their third defense in eight days, or will The IIconics dethrone Banks & Bayley for the second time? Find out this Monday on Raw at 8/7 C on USA! 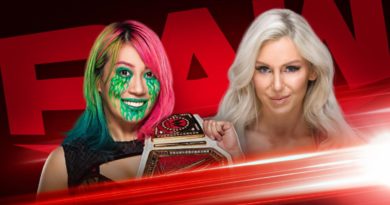 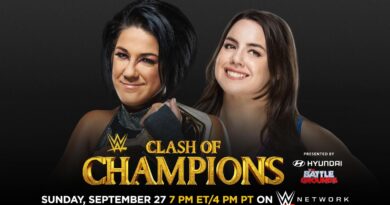