Much to the chagrin of Jordynne Grace who is still in search of a partner, Madison Rayne and Tenille Dashwood have revealed their intention to enter the Knockouts Tag Title Tournament as a team. Their first tune-up comes this Tuesday when they battle Havok and Nevaeh on IMPACT! Will Madison and Tenille have what it takes to get by one of the most terrifying forces in the entire Knockouts division? Or will their partnership be cut short by this devastating duo?

The mystery of “Who Shot Bravo

The mystery of “Who Shot Bravo?” continues! Tommy Dreamer began his investigation last week and revealed his list of 10 suspects, one of whom is Fallah Bahh. But the action doesn’t stop in IMPACT Wrestling and now, Fallah must turn his attention to tag team competition as he teams with Crazzy Steve​ to battle Reno Scum this Tuesday. Will Fallah be able to focus on the task at hand? Or will Reno Scum use this distraction to power their way to victory? 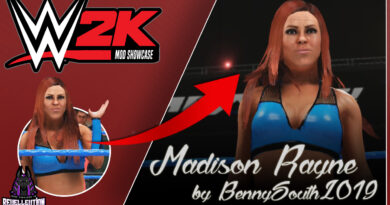 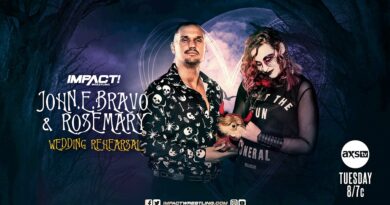