Pop the champagne, lay down the flowers and cut those sleeves off the suit jacket – love is in the air on a Valentine’s Day SmackDown.

After a high-level training session with his good pal Tucker last week, Otis is as ready as he’ll ever be for the date of his life with his “peach,” Mandy Rose. The chivalrous Superstar’s courtship of The Golden Goddess could even melt the heart of SmackDown’s coldest commentator. The Blue Collar Solid approach was highlighted by Christmas hams, fruitcakes, Royal Rumble heroics and the occasional sweaty hug.

Will Otis and Mandy Rose knock off “The Notebook” as the romance of our lifetime? Or should the WWE Universe prepare for an immeasurable heartbreak. All’s fair in love and SmackDown.

Carmella didn’t have much time to celebrate her Fatal 4-Way victory last week, but she won’t spend much time waiting for her title showdown with Bayley either.

Things are moving fast in the SmackDown Women’s Division, as “The Princess of Staten Island” is the latest to step up in an attempt to end Bayley’s impressive title reign. Carmella surpassed Alexa Bliss, Naomi and Dana Brooke in their Fatal 4-Way Match to earn the top contender spot for the SmackDown Women’s Championship.

Carmella has lamented at the destruction of the “BayMella” friendship on social media, as the SmackDown Champion’s recent rampage has alienated many along the way.

Now can Carmella upend the blue brand’s status quo? Or will Bayley dispatch the latest challenge to her supremacy?

Don’t miss the SmackDown Women’s Championship collission on SmackDown at 8/7 C on FOX. 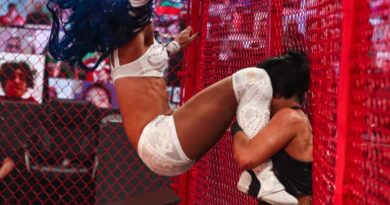 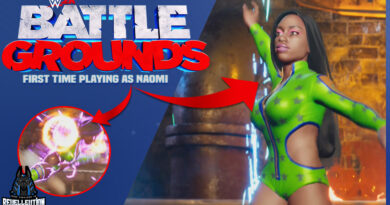