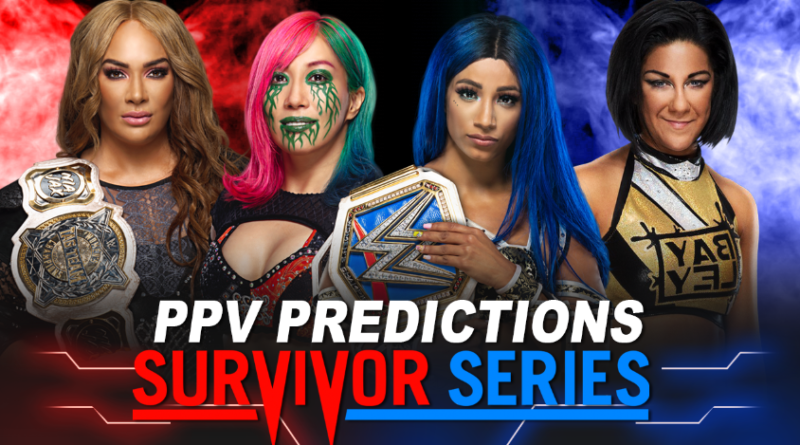 Survivor Series is just a few short hours away and as the WWE Universe prepare to bid farewell to The Undertaker the women of WWE set to compete for the ultimate brand supremacy.

With Team Nia Jax and RAW Women’s Champion Asuka representing the Red Brand, the SmackDown Women’s Champion Sasha Banks looks set to seal the deal for the blue brand with former best friend Bayley leading the way as SmackDown’s team captain. Which brand will come out with the ultimate bragging rights? It’s time for our Survivor Series PPV Predictions:

Elle: I won’t lie this year’s build up to Survivor Series has been a complete mess for the women and I can’t help but feel like WWE didn’t have any sort of idea of what they wanted leading into the PPV. That being said SmackDown has a pretty damn cool team even if it was put together at the very last minute.

A huge part of me is convinced that SmackDown’s apparent dream team appeal is too good to be true and I really wouldn’t be surprised to see Lana somehow become the RAW sole survivor and overthrow the blue brand after weeks of torture from RAW team Captain Nia Jax. Prediction: Team RAW

Adam (TheInsanityInc): They left it so late to finalise Team Smackdown that Topps Slam had to stick TBA shadows into the team cards! Obviously the outcome of this match will have a lot to do with how other matches play out. That aside, I think it might come down to Lana going through the announce table again and making another stunning comeback to sneak in at the end of the match. But will she pick up the unlikely win? I think instead her burial will continue as she suffers a Bayley to Belly. Prediction: Team Smackdown

Elle: The fact that Asuka Vs Sasha has little to no build up is an actual sham. Both Asuka and Sasha Banks are two of the hottest talent in WWE right now so to see them thrown into booking last minute is beyond a let-down. I have no doubt the match itself will be one to remember but when you have that much potential sitting there for the sake of a one off meaningless match I can’t help but feel let down. When all is said and done I fully expect Carmella to cost Banks the match thus prolonging their feud and giving Asuka the win. Prediction: Sasha Banks

Adam: We’ve seen this before, so we know these women can deliver the goods. So it comes down to the fact of whether Banks will finally get a clean win over her former rival, or will we yet again see Carmella attacking Banks and this time costing her a match? It could go either way, but I think it’s perhaps a little too obvious for a Carmella run in at the PPV. And Banks is long overdue finally getting a real win over Asuka who could take a loss here and not have her title reign suffer. Prediction: Sasha Banks. 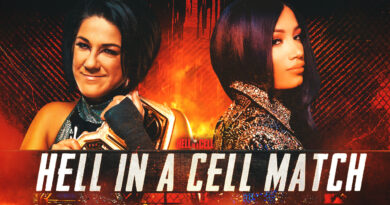 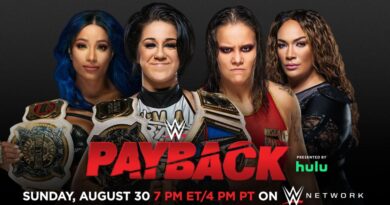