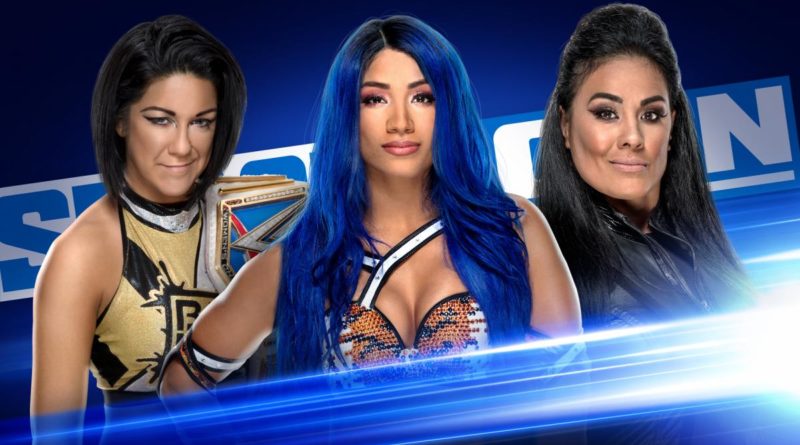 SmackDown Women’s Champions Bayley may have her next title challenger… but not if Sasha Banks has anything to say about it.

Tamina crashed Bayley and Banks’ post-WrestleMania celebration on the April 10 edition of SmackDown with a clear motive: to get a one-on-one opportunity for the SmackDown Women’s Title against Bayley. The self-proclaimed role model bent to Tamina’s request, but the titleholder added a twist, saying that Tamina would only receive the title opportunity if she could defeat Sasha, though Bayley laid out the challenge without consulting Banks.

Will The Boss derail Tamina’s championship aspirations in honor of her best friend? Find out this Friday night.