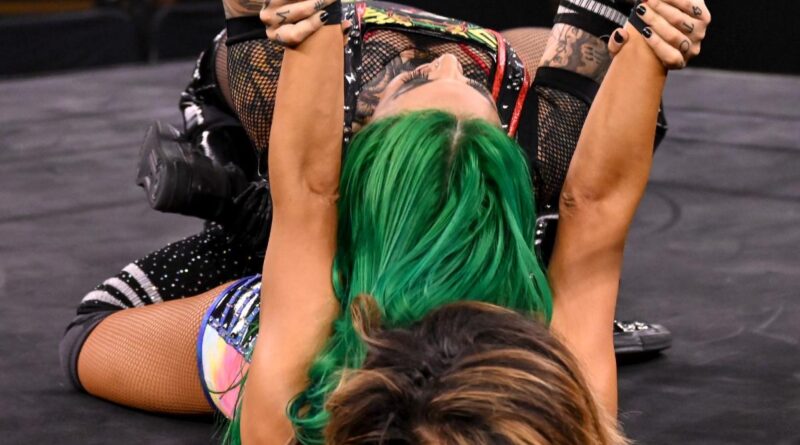 SHOTZI BLACKHEART defeated DAKOTA KAI w/h RAQUEL GONZALEZ. After Gonzalez had gotten involved RHEA RIPLEY ran down for a brief attack, and the distraction led to Kai missing a Running Kick to the corner as Blackheart won with a Roll-Up.

CANDICE LERAE and Johnny Gargano were interviewed by SARAH SCHREIBER as they gloated about Tegan Nox’s injury and their future title shots. Later, Schreiber would interview IO SHIRAI and Damien Priest.

Candice LeRae & Johnny Gargano defeated NXT Women’s Champion Io Shirai & NXT North American Champion Damien Priest. LeRae hit Priest with a Low Blow that allowed Gargano to hit the One Final Beat DDT to steal the win. LeRae hit Shirai with a Backstabber after the match and both she and Gargano posed with the titles they’re challenging for at TakeOver. 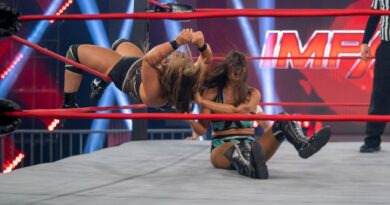 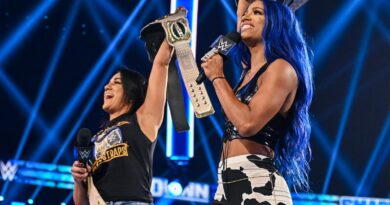 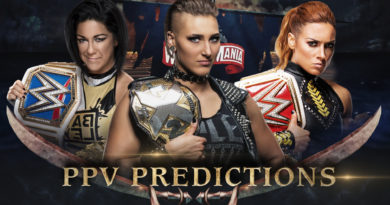