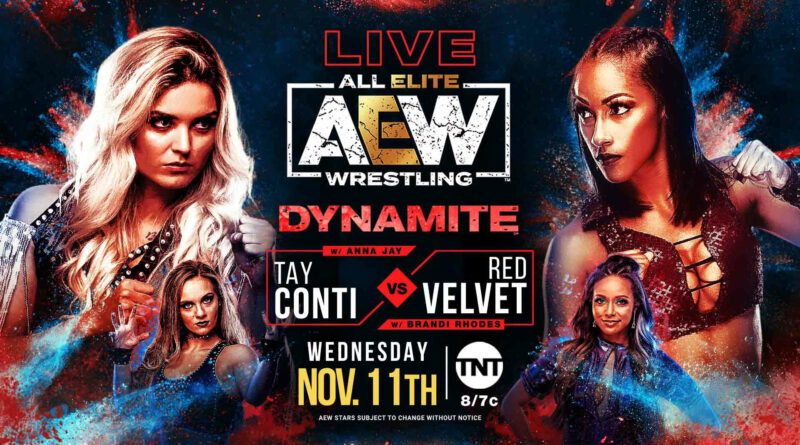 Here’s the results from this week’s editions of AEW Dark and AEW Dynamite:

LEVA BATES picked up her first solo victory in AEW over DANI JORDYN with a Roll-up.

IVELLISE & DIAMANTE defeated DREAMGIRL ELLIE & JENNACIDE. Ivellise made Ellie tap to a Scorpion leg hold, and Diamante had to pull her partner off to break the hold.

JADE CARGILL made her official debut, giving Cody a warning from “Shaq”.

The statement made BRANDI RHODES confront Cargill for some bickering.

ALLIE accompanied The Butcher and The Blade as they lost a Bunkhouse Match to Dustin Rhodes & QT Marshall. Towards the end of the match, Allie was sent through a table off the apron after The Blade accidentally bumped into her.

DASHA GONZALEZ was shown briefly as she had an interview with Kenny Omega but he’d ditched her.

TAY CONTI w/h ANNA JAY defeated RED VELVET w/h Brandi Rhodes. Conti won with a Gory Special into a Go To Sleep. At one point, Jay slid a chair into the ring for Conti to use but Conti rejected it, and seemed unhappy with her friend even after winning clean. 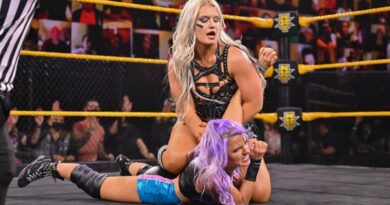 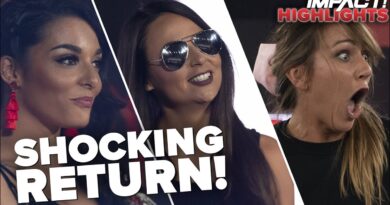 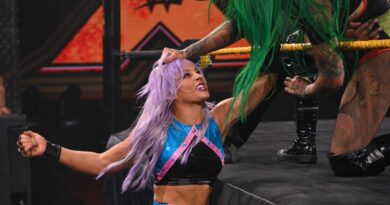