Here’s the results from this week’s editions of AEW Dark and AEW Dynamite:

NYLA ROSE w/h VICKIE GUERRERO defeated TAY CONTI with the Beast Bomb. After the match HIKARU SHIDA ran off Rose before she could hurt Conti further.

It was announced that NWA Women’s Champion Thunder Rosa would defend her title against Ivellise next week on Dynamite. 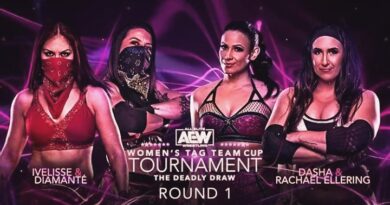