As seen on last night’s NXT TakeOver: In Your House PPV, Io Shirai became the brand new NXT Women’s Champion after defeating both Charlotte Flair and Rhea Ripley in a hard fought triple threat match in the PPV main event.

The closing moments of the match saw Io hit a vicious moonsault on Rhea Ripley who was locked in a figure eight by then Champ Charlotte Flair. This marks Io’s first Championship in WWE and we certainly can’t wait to see how her reign pans out! 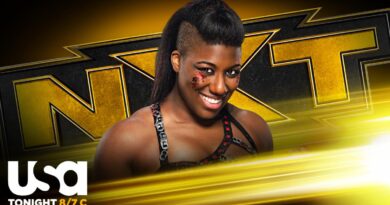