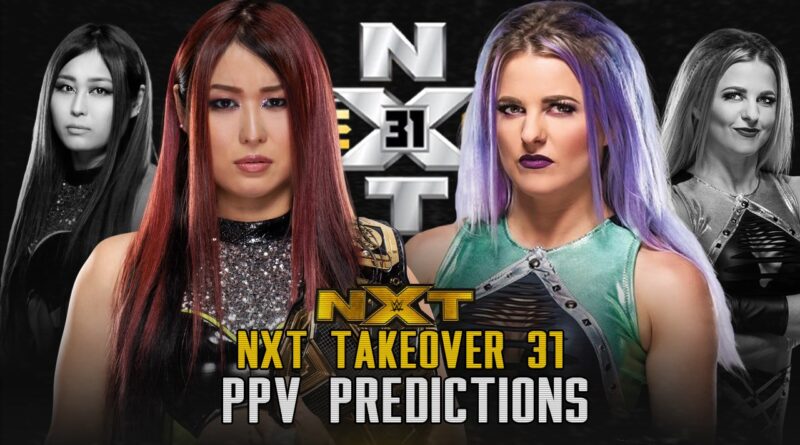 Elle: Like many others in the WWE Universe I’m completely undecided as to the result of the NXT Women’s Championship match. Over the years WWE has teased us with the promise of his and hers championship reigns with only a few ever getting the privilege to hold gold alongside their partner, if there was ever a time to give the gold to a WWE power couple NOW would be that time. I have absolutely no doubt that Shirai Vs LeRae will pull out all the spots and will most definitely be a contender for match of the night as both women take their feud into the ring, the only real question is whether or not LeRae uses her new wicked side to her advantage to finally get her hands on gold in WWE. Call me crazy but I’m going to take a swing as say LeRae leaves as champ Prediction: Candice LeRae

Adam: With factors such as possible effects from a recent COVID Breakout on the NXT roster and Tegan Nox’s injury, they’ve had to rush this feud between Shirai and LeRae. However, LeRae has been a best-kept secret in NXT who always delivers, and Shirai’s ability speaks for itself. That all being said, unless NXT plans a major swerve with the women’s division, I don’t think LeRae is getting her ‘fairytale’ ending as the wicked Step Sister just yet. Prediction: Io Shirai

James: This one is actually a surprisingly difficult one to call as I think it will all depend on the outcome of the NXT North American title match and also the placing on the card. If it comes before the NA match, Io will surely retain. If Johnny wins the NA title match and this match comes after, then I can see Candice winning so they can continue the angle of the couple both holding titles. If Io does drop it tonight, I can see her appearing on RAW or Smackdown during the draft next week. With all that being said, I’m playing it safe and taking an Io win. Prediction: Io Shirai 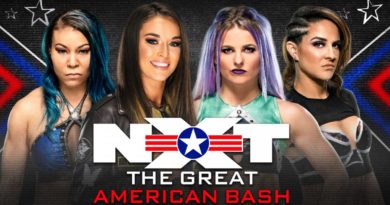 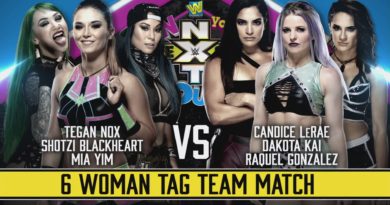