No one on SmackDown has been able to shake Alexa Bliss from the hold The Fiend has over her, so perhaps it’s time to give someone from Raw a try. Kevin Owens will host a special edition of “The KO Show” this Friday as part of the brand-to-brand invitational.

In recent weeks, Bliss has snapped into Sister Abigail attacks on Nikki Cross and Lacey Evans after the utterance of The Fiend’s name. Then, the chilling emergence of The Fiend’s image last week caused Bliss to manically attack The Sassy Southern Belle.

Will Owens be able to help free Bliss from The Fiend’s grasp? Or will the demonic figure use the opportunity to pull Bliss further into the darkness?

Catch the latest from “The KO Show” on Friday Night SmackDown at 8/7 C on FOX. 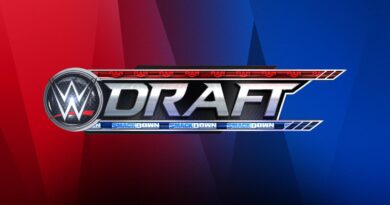