2020 has been a banner year for both of the women in this match. An impressive win streak for Hikaru Shida would lead to a lengthy stay in the top spot of the Women’s Rankings, and ultimately a Women’s World Title Match against “The Native Beast” Nyla Rose at “Double or Nothing”. And while on paper the No Disqualification rules would seem to lean the bout in Rose’s favor, it was Shida who would slay the beast to become the third AEW Women’s World Champion! Come Wednesday night, she will be sitting at 40 days as the champion, but also with the knowledge that her opponent at “FYTER FEST” holds a pinfall victory over the champ.

And that victory Penelope Ford holds over Shida from June 10th, despite the questionable way in which it occurred in a tag team match, is just one example of how 2020 has been a tremendous year for Ford’s profile as a wrestler. She holds a victory over Riho, the first Women’s Champion, that took place shortly after Riho lost the championship. She has won her last three matches, including the aforementioned pin on Hikaru Shida, and nearly bested Kris Statlander at “DOUBLE OR NOTHING”. After only competing in a handful of AEW matches in 2019, Ford has stepped up as a singles competitor, proven she is in AEW to do more than just second fiancee Kip Sabian to the ring, and has her own designs on the Women’s World Championship.

As seen in the video embedded above, the tension between the two women has already boiled over in advance of their title collision. What will happen once the match officially begins? Will the title run of Shida come to an end with her first defense, or will it be the beginning of a reign for the ages? Tune in Wednesday night to see if Ford pulls out the upset! 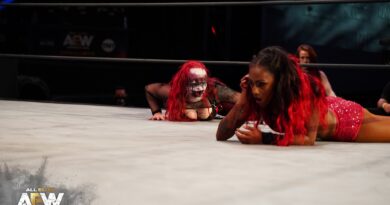 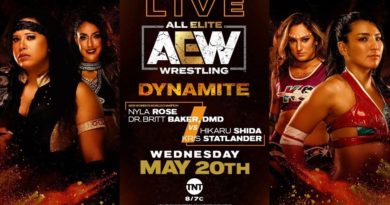